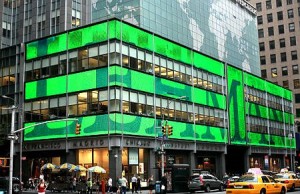 As I followed this weekend’s New York Times-Wall Street Journal email news alert war over the fates of Lehman and Merrill, I started wondering which dynamics really played the biggest roles in contributing to these once venerable firms’ de-existence early this morning.

Few pundits disagree that both took excessive (reckless) investment risks. And most recognize the salaciously ruinous role the short-sellers played in accelerating the process.

But how did public perception and the notion of a self-fulfilling prophecy hasten the end of Merrill Lynch and Lehman Brothers (Bear Stearns before them)? Could the best public/investor relations advice money can buy — from Kekst and Lipin to Frank and Abernathy — have saved these financial institutions? Was it even possible to keep M&L out of the harsh media spotlight?

Let’s consider the recent public posture (or rather lack thereof) of firms like Goldman, Morgan Stanley or JP Morgan, none of which admittedly shared anywhere near the same liability as a Merrill or Lehman. They deserve credit for keeping their heads low as this maelstrom, to which they were not entirely immune, enveloped their financial services brethren. Of course, that counter-intuitive NYT piece touting Goldman’s fiscal prudence certainly created a protective shield.

But what about that other big bank, which does face many of the same challenges as its cohorts at Lehman and Merrill? For some reason, Citigroup has managed to avert the media’s wrath of late, and those prophesies of impending doom. How? Why? What or who fueled L & M’s meltdown: the rotten business fundamentals, the short-sellers or the media?