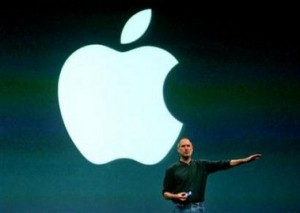 The headline today on CNET News said it all. Following the much-hyped and resurgent CES Show where MSM reporters tag-teamed with citizen-types to deliver breathless 24/7 reportage, how can a consumer electronics show in its immediate wake ever expect to compete for media share of mind? The answer: by going dark.

Over the years Macworld has experienced more viscissitudes than the DJIA. While CeBIT’s bid to establish a U.S. bulkhead failed, and PC Expo, COMDEX and others have fallen by the wayside, Macworld, and its groupies, held on — some years by a thread. This year, however, Macworld will storm back to its glory days when journalists couldn’t drink enough of the Kool-Aid being served.

It’s not just the iPod’s prodigious market share. The PR folks at Apple have finally learned how to effectively deploy their iconic CEO to make headlines. (There was a time when they seemed clueless. Think Gil Amelio.) Remember the ROKR intro when Steve Jobs pulled the Nano rabbit out of his hat to the surprise, delight and wholesale embrace by a captivated media? This stealth strategy is now in place to build anticipation for tomorrow’s Macworld opening and Jobs keynote.

Hey look. Why do you think they call it news?