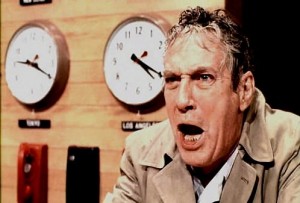 Much has transpired since last year’s historic U.S. Presidential elections. The dramatic real-time run-up to November 4 kept many of us totally tethered to our digital news screens.

Since then, that frenetic and insatiable state of political engagement has pretty much dissipated…until last week.

The prospect of a Twitter/SMS/blog-fueled Presidential election to overthrow the Holocaust-denying, WMD-seeking, woman-oppressing, propagandizing Iranian dictator brought back (at least for me) emotions not felt since David Axelrod and co. overthrew the Bush-Cheney-Rumsfeld-Rice juggernaut.

But unlike in America where the powers-that-be could manipulate, though not silence, the public discourse, the Iranian mullahs and military executed their election coup d’etat while keeping dissidence to a twitterful minimum. Did it work? (Well, let’s just say Iran isn’t China.)

I honestly didn’t hold out much hope for regime change, and tweeted the following on Friday:

PeterHimler Even if Ahmadjinedad gets trounced, will the world ever know? Does anyone believe he’ll cede power? Think Zimbabwe.
3:01 PM June 12th Power Twitter

The state-decreed election results set in motion massive demonstrations in Tehran and elsewhere. The media punditry, as expected, ratcheted up the debate on the relative value of competing media for their respective reporting (where possible) and ability to mobilize.

But most continued their anointment of Twitter (and live bloggers) as the predominant drivers that enabled a disenfranchised electorate to band together after the government shut down the other people (and mainstream)-powered media platforms. 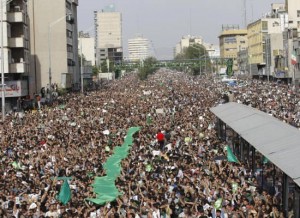