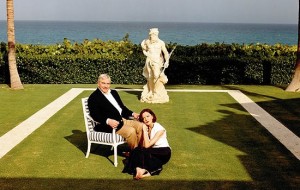 I had totally forgotten about my post two years ago featuring Chief Executive magazine’s then editor Bill Holstein’s rant against PR people.

It wasn’t until PR Newser’s Jason Chupick linked back to the “Jennifer and Jasons All” item in his post today based on Mr. Holstein’s latest (yet not-unfounded) first-person diss of a broad swath of PR types. It appears in the April 17 issue of Bulldog Reporter’s Daily Dog. (Think of the MSM version of Chris Anderson.)

Other than taking issue with the Holstein’s use of his name, Chupick thought the argument was “tired.” I don’t disagree, but do acknowledge that there are many PR firms that still blast-FedEx press kits with tchatkes en masse to a list of reporters supposedly hand-picked from a Cision or PR Newswire database. Holstein’s case-in-point:

“Sometimes, PR agencies go off completely halfâ€“cocked. One media friend who is in a gatekeeping role told me this story in an email: “I just got a FedEx, marked urgent, from a company in North Carolina called [Old Fashioned PR Inc.]. So I opened (and discarded) one medium FedEx box, transported from NC to New York. I removed (and discarded) some packing paper that was securing a cardboard box. I opened (and discarded) the cardboard box to find a plastic box wrapped in Styrofoam. I threw out the Styrofoam and opened the plastic box to find more paper packaging, a plastic bag of Styrofoam peanuts, a plastic swizzle stick, and a threeâ€“page press release.

“The title of the release? ‘[OFPR Inc. Client Name] Celebrates Earth Day by Leading the Way with Environmental Initiatives.’ The gimmick is that the Styrofoam peanuts dissolve in water. My jaw just dropped. I feel like this might almost be a joke.”

Turns out the press release was poorly done and not very revealing or wellâ€“angled. The editor was turned off, to put it mildly, by the use of a wasteful mailing to promote an unfathomable environmental message.”

Gee. Didn’t I just receive a press packet via FedEx? It included a cover note from a publicist, two-page bio, one-page listing of recent speeches, and a two-page press release (admirably printed on both sides of one sheet), and a little 1oo-page hardcovered book with the title: Manage the Media (Don’t Let the Media Manage You).

I do plan to read the book, and in fact, thought about sharing it with Scoble and Israel, Gillmor, Jarvis and Rosen, for starters — any one of whom would definitely have something to say about the book’s premise in the year 2008. I’ll table that post until after I finish reading it.