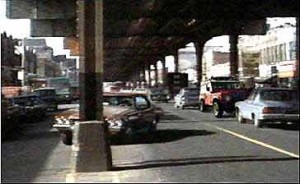 As if teeing off in space wasn’t enough, how about presumed A-lister Tom Cruise pulling a Dirty Harry (or is it the chase scene in French Connection?) on the streets of New York to drum up some benignly positive press for his next film?

It seems that the film’s handlers have convinced Scientology’s poster boy to subject himself to a myriad Manhattan moving photo ops in advance of the film’s May opening. (Wouldn’t a single helicopter landing garner the same amount of space?)

Mr. Cruise’s “Mission Impossible III” tour of the big city tour will take him by motorcycle, speedboat, taxicab, helicopter, sports car and subway all around the town two days before the opening. (Let’s hope this once-abused Dad-to-be doesn’t abuse too many jostled straphangers on the #6 during rush hour.)

I’m curious to learn how a press person or paparazzi, for that matter, can jump on this logistical nightmare of a junket. If Paramount PR pulls it off, the film will have earned its title.