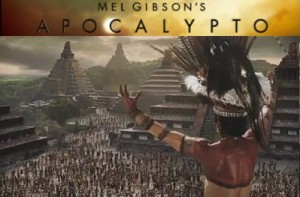 It was a small item in the Arts, Briefly section of yesterday’s New York Times. But we certainly have not heard the last of it. The headline of the item culled from a Reuters report: “Disney Stands By Gibson Film”

Now I’m not one to second-guess the wisdom of the highly paid communications gurus at one of the most powerful media and entertainment companies/consumer brands in the world, but I suspect that continuing its association with Mr. Gibson portends much angst for the studio leading up to this film’s December release.

The brief announcement by a Disney spokesperson was prompted by rumors that the studio was shopping the film’s distribution rights. It was strategically issued late Friday to no doubt get lost amidst a mid-August’s weekend’s activities. The news coincided with the release of a Fox News poll showing that Americans are still OK with Mr. Gibson.

When Mr. Gibson was arrested, this blog took a contrarian view in its assessment of the permanent damage to the actor’s career. While veteran Hollywood publicists likened his anti-Semitic tirade as a death knell, I said that the 24/7 news cycle, fragmented media, fickle consumers, and the economics of Hollywood would put this episode in Mr. Gibson’s speeding car’s rear-view mirror “as fast as one can say Pee Wee Herman and Jimmy the Greek.”

I just didn’t think the pendulum would swing back to Mr. Gibson’s side as quickly as this.

“Hollywood experts said that until his arrest, it was expected that Gibson would lead the publicity campaign for the film.” Don’t bet on his absence. I’m sure the film’s marketeers are presently weighing just how to channel the newly notorious Mr. Gibson’s “mediability” to drive box office. Three-parter on “GMA,” anyone?

Ironically, the new Mayan-language film “would touch on universal themes about ‘civilizations and what undermines them.'” How does one say intolerant lunatic in Mayan?