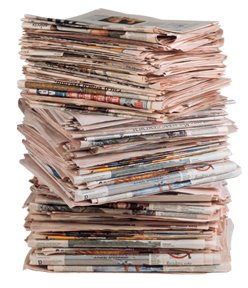 Richard Strauss is one of the more astute PR practitioners specializing in the radio band of the exploding media spectrum. Today, writing for Bulldog Reporter’s “Daily ‘Dog” newsletter, the president of DC-based Strauss Radio Strategies, gives a wake-up call to PR pros on the myriad new “placement” opportunities that exist on satellite radio. (Keep in mind, XM or Sirius-delivered content from MSNBC or FNC does not require dealing with a different set of editorial gatekeepers…thank goodness.)

Nonetheless, Richard makes a good point about satellite radio’s ability to offer PR pros more specialized programs, and thus better defined demographics than terrestrial radio, the once king of targeted media (along with niche magazines). Today, of course, niche and digital tier cable channels, millions of websites and weblogs, and the increasingly stratified magazine world have made the task of media relations almost unscalable.

Perhaps our success should be measured less by the number of media impressions and more by the quality of those impressions, e.g., whether the audio, video, text or images produced an action or transaction. After all, is a TV commercial considered successful by virtue of it making air? I had written previously about Google’s intent-driven advertising model that is redefining the industry (and has made many people very rich). How might we adapt this model to PR so that we might break from the increasingly outmoded publicity-by-the-pound syndrome? It’s not the placement that merits our fee, but whether the placement produced a “transaction” or other measurable result beyond just its appearance.