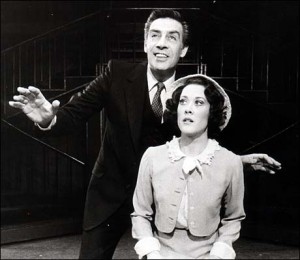 PR people often are charged with devising gimmicks to capture journalists’ increasingly short attention spans. We’ve certainly seen a fair share of ill-conceived ideas over the last year — from the reunion of Joey and Amy to one candidate’s afternoon stroll through the streets of Baghdad.

In the theatre world, one would expect some real showstoppers. To build buzz for one show, for example, one producer hired well-heeled types to ride the elevators of Saks Fifth Avenue for a week, loudly chatting up the show’s virtues.

Having personally toiled in the PR trenches for the Broadway opening of “42nd Street,” I was blessed with seeing a legendary Broadway impresario work his media magic. While the show was in previews, David Merrick conducted a very public battle to keep those journalistic “snakes” out of the theatre before opening night. At one point, he installed a cage full of actual snakes in the theatre’s lobby, which ignited a media firestorm that further fueled the advance word-of-mouth.

But even Mr. Merrick couldn’t have done a better job choreographing a “Lullaby of Broadway” wherein the mustached producer strolled on stage during the curtain call on opening night to solemnly announce the death that day of the show’s revered director. It silenced everyone in the theatre, and garnered an award for AP lensman Dick Drew with his image of Mr. Merrick on stage — a stunned cast as his backdrop.

Flash forward to a modern version of the theatrical stunt. The producers of a new off-Broadway play is offering free tickets to anyone who can demonstrate his or her virginity. Huh? Yes, you heard me correctly. A hypnotist has been hired to verify the claims. Gee, I wonder what Mr. Merrick would think. Have a good weekend.