Two of my fave online haunts made headlines this week. Medium, the buzzy publishing platform founded by Twitter co-founder and “platisher” Evan Williams, announced that it had scored $57 million in Series A funding from some pretty influential VCs including Google Ventures, Andreessen Horowitz, Greylock Partners and Williams’ own Obvious Ventures. Writing on the platform, Medium’s operations chief Andy Doyle noted:

“This investment strengthens Medium for the foreseeable future and allows us to continue, heads down, running hard to fully realize our vision.”

The other big piece of media news crossing my social streams entailed the ultimate vindication of Henry Blodget whose buzzy eight-year-old, digitally native publication Business Insider was sold to a German publisher for a “frothy” $442 million. To put it in perspective, here’s Wired’s take:

“The eight-year-old media startup was acquired today by German publishing giant Axel Springer. The deal values Business Insider at $442 million, almost $200 million more than what The Washington Post sold for in 2013 and well above the $315 million AOL paid to acquire The Huffington Post in 2011.”

I could wax on the lofty valuations we’re seeing in the media spheres of late, especially for digital  upstarts like Buzzfeed and Vox, but I’ll leave that up to the plethora of media pundits who are paid to follow such things. Instead, it was a piece about Medium from Business Insider that caught me eye and whose title seemed conjured for capturing clicks:

In it, Biz Carson, BI’s SF-based tech reporter whose name is short for Elizabeth, observed:

“Instead, everyone from San Francisco’s local supervisors to the White House are publishing articles, essays, and press releases, surrounded by the same swaths of white and clean fonts. The bylines are tucked away in the top left corner. Companies may call this ‘content.’ A lot of it looks like advertising. And let’s face it: Medium has become a dumping ground for a different generation’s press releases.”

As the owner and editor of a Medium publication called “Adventures in Consumer Technology” and a PR industry veteran who has represented many esteemed journalistic enterprises, I took issue with Ms. Carson’s bait-clicky assessment of Medium as a “dumping ground…for press releases.” How does it fare in comparison to Huffington Post which has thousands of unpaid “expert” contributors subjectively advocating their POV’s?

Having been on the platform since its earliest days, I’ve seen Medium evolve considerably. Yes, anyone can still use its refreshingly simple writing tools to post stories, though no longer can anyone submit a piece to a single publication without first being accepted as a writer by the editor. And the publishing tools themselves have become much more versatile and accommodating.

I can understand where Ms. Carson is coming from. The safeguards for preventing commercially motivated content from finding its way onto the platform remain a work in progress. Some publications are led by established journalists while others (e.g., mine with its 28K+ followers) continue to be a labor of love. What’s not consistent across Medium’s publications is a set of submission standards.

And I created one for “Adventures” that included these bullets:

I d0 not accept every submission into the Publication. Submissions I reject include those:

— that do not have an individual’s name associated with it.

— that are focused on technology for the enterprise, not the consumer.

— that are commercial in nature, i.e., promoting a particular app or piece of hardware or software.

I will admit that in an effort to increase the number of more thoughtful submissions to my publication, I have ventured onto Facebook’s private Tech PR group to cajole its members to consider having their clients post, again with the caveat that submissions adhere to the standards listed above, especially #3. 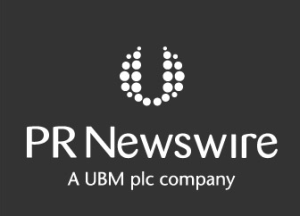 Finally, I take issue with Ms. Carson’s implied characterization of PR Newswire in the pejorative.
Yes, I’m fully aware of the tension that has long existed between the realms of PR and journalism. Even so, the paid wire services do serve a valuable PR/IR function, not the least of which is ensuring that the public release of material news complies with SEC regs.

Is there a lot of fluff that continually crosses the paid wires? You bet. Is Medium just another repository for such fluff? No. I just don’t see Ev and his team allowing that to happen.