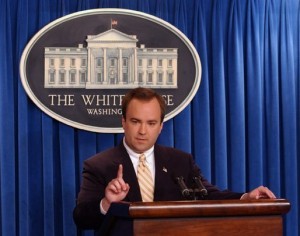 Newsmakers have leverage. No where is this more true than with those wielding political power. The higher the office, the greater the capacity to “control” what appears in newspapers, and on news programs, websites and, even weblogs. Todd Purdum, who covers the White House for The New York Times, yesterday examined the mechanics of how this administration controls the national news agenda. (His colleague Frank Rich, writing for the opinion pages of the newspaper, also touched on this phenomenon, but with his usual flair for the subjective.)

In his piece, Mr. Purdum quotes Harvard professor and author Howard Gardner: “Any one person or agent or institution that has the capacity to decide which story is operative, to sideline or minimize rival stories and to prepare for the next regnant stories, is in a very powerful position.”

PR practitioners come in many flavors. They work on Wall Street, Main Street and Pennsylvania Avenue. The vast majority, however, will never hold the consistent national media clout that comes with representing a newsmaker like Google, the U.S. President, or Tom Cruise, for that matter. Most are confined to dealing with a limited spectral band of beat reporters, industry analysts or special interest media who they hope will take an interest in their clients’ “news.” Simply put, most PR pros are suppliant to the news media.

There was a time when working as a journalist was a prerequisite for landing a PR job in the private sector. Today, working in politics (e.g., public affairs) seems to be the ticket for entry. The business world nowadays is enamored with “political war rooms,” “daily message tracks,” media trainings, etc. They are convinced that those working inside The Beltway are the sole holders of the keys to these tools of the trade. I can tick off the names of companies who have siphoned their PR reps from politics – from Google to Disney to Wal-Mart to Citigroup.

They figure that those working for a political campaign or newsmaker are better equipped to manage the message. This may be true for the big newsmaking enterprises where the PR teams tend to react to the myriad daily inquiries from journalists. But, for the rest of us, whose clients are striving to build a buzzworthy name, I’d much prefer the enterprise and aplomb of a smart PR pro from a creative shop.