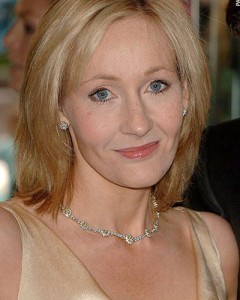 “All Things Considered” had a segment last evening on the hyperbole and hyper-security by Potter publishers Bloomsbury and Scholastic to keep the lid on Harry until 12:01am this Saturday. The publishers’ efforts are so intense (and threatening), it begs the question, “why?”

I mean if the book or even pages seeped out, does anyone really believe, at this juncture in the epic series’ evolution, that a leak will cause Deathly Hallows to fall short in the sales department? Hardly.

Though many believe (including this blogger) that the sacred secrecy that preceded Steve Jobs’ theatrical unveil of the Apple iPhone did much to hyper-fuel demand…and sales once the 1’s and 0’s turned into molecules at retail. It’s an effective marketing strategy, but not without its risks.

To wit, I and others were surprised to open today’s edition of The New York Times to discover Michiko Kakutani’s embargo-breaking full review of the final book in the Harry Potter series. (She liked it.) The review was incongruously adjacent to a story about a lawsuit brought by Scholastic against an online bookseller that broke the sales embargo. In her review, Ms. Kakutani wrote:

With each installment, the â€œPotterâ€ series has grown increasingly dark, and this volume â€” a copy of which was purchased at a New York City store yesterday, though the book is embargoed for release until 12:01 a.m. on Saturday â€” is no exception.

So it gets back to the question of why the draconian embargo, and how its artificiality prompted one journalistic enterprise to cave. If Scholastic had a valid, e.g., non-commercial, reason to make such demands of the media (think JAMA news), I suspect The Times would have been more compliant. From the publisher:

“‘We will be relying on the support of the media to allow the fans to read the book for themselves rather than having to see reviews that may have been based on fake postings on the Internet,'” said a spokeswoman.

But, as some of us know, The Times, and others, instinctively bristle at the notion of being played as pawns in a publisher’s (or any enterprise’s ) marketing plan.