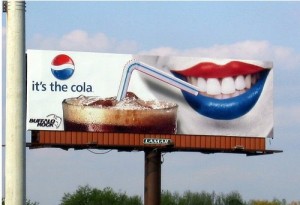 It was inevitable. Some enterprising person figured out — sort of — how to monetize (exploit) PR peeps’ burning desire to engage journalists via Twitter.

Not only that, the means of engagement is a press release — reduced to a single line. The cost: $1 per character with a $50 minimum. Yikes! Here’s the tweeted announcement:

“Deliver your message to top journalists on Twitter in a concise format they’ll read.”

I noticed that PepsiCo signed on to the service.

Muck Rack is a Twitterized community of mainstream journalists who keep it vibrant, fun and relevant. I especially enjoyed the #lameclaimtofame feed in which Muck Rack’s members shared their dubious dibs on fame. Who knew that New Yorker staff writer @SusanOrlean was a distant relative to William Shatner or that a seven-year-old @JakeTapper’s short story got an honorable mention by Cricket magazine?

@PRSarahEvans’s #JournChat is another Twitterized service that strives to bridge PR pros with journalists. It takes a HARO-like approach for monetizing that access through the sale of sponsorships to its #Journchat sessions. She too has built a fab database of “Media on Twitter.”

I agree that most PR pitches are way too long and frequently awash in superfluous and misguided nonsense. Boiling down the press pitch to Twitter size is a worthwhile exercise, albeit an expensive one using Muck Rack’s new service. (Compared to a national news release distributed via one of the big paid wires, at $1000+/- a pop, it may be deal.)

Still, the Muck Rack journalist community, while first rate, remains relatively small in comparison to the total universe of journalists and bloggers. More significantly, the service does not allow PR pros to pinpoint the journalist whose editorial interests most closely match the story pitch. One-sentence releases are simply posted billboard-like on the site.

I think I’ll stick with the PR spam-killing search engine I helped co-develop — MatchPoint — with its database of nearly 300,000 reporters and bloggers and 4.5 million articles against which one’s story query is matched to find the right reporter. A new version, with significant enhancements to more richly engage journalists individually, is about to launch.