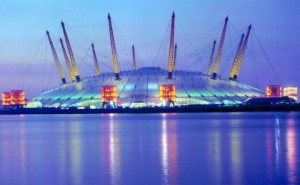 The Micropersuader today touted, or rather, tweeted, his latest Ad Age column — “Three Trends That Will Shape Digital in 2008.” It was his third trend that struck a resonant chord with this blogger: “Curators Collect and Connect:”

“During the past 10 years, content has become a commodity. So has data. Information overload makes it difficult for anyone to separate essential air from smog. Search engines don’t really help — it’s hard even for them to separate gems from junk. Enter curators. Brands, media and consumers who relish information will prosper by aggregating mountains of information and distilling those down to their most essential parts.”

Just under ten years ago, when search engines spidered the Web’s tens of millions of pages (versus today’s billions+), my client, a burgeoning search engine called Northern Light indexed not just web sites, but licensed periodicals and academic research — all searchable in one database uisng the same taxonomies.

I loved that Cambridge, MA-based company. The people I most admired were the information managers (Rubel’s “curators”) who were trying to make hell or high water of the voluminous amounts of data that technology suddenly made so readily, and confoundedly accessible.

Periodically, these highly trained “librarians” published what they called “Special Sections” that showcased, through a collection of links, one specific topic from every possible dimension, e.g., climate on Earth Day, the best Super Bowl sites, and, my favorite, where to go on the Millennial New Year’s Eve if you’re not physically going anywhere.

The news release touting Northern Light’s thoroughly vetted aggregation of Millennium-themed websites was awarded Internet Wire’s “news release of the year” as the most downloaded in 1999. (I traveled to L.A. to collect the trophy at some trendy nightclub.) Here was the header:

Just think: an award ceremony honoring a news release about a website featuring aggregated weblinks? Ahhh, those were the days. Perhaps I should dig up some of those news releases announcing the debut of various websites? On second thought, some things are better left uncurated.