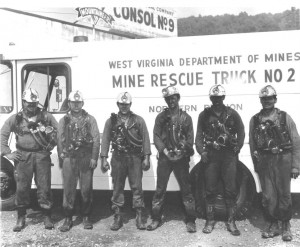 Paul Holmes, long-time chronicler of our industry, has entered the blogging fray. In his posts today, he opines on the alleged cop-out by Washington Post editor Len Downie for not apologizing for the misinformation his newspaper published on the fate of the West Virginia miners. Mr. Holmes joins Post media critic Howard Kurtz in taking Mr. Downie (and many others) to task for blowing it and then passing the buck.

“But the fault lies with the journalists for not instinctively understanding that early, fragmentary information in times of crisis is often wrong. You don’t broadcast or publish until it’s absolutely nailed down…” Kurtz writes.

I’m not sure I agree. My edition of The New York Times also carried the wrong information on its front page. The paper at 3:26AM on Wednesday issued an e-mail alert correcting itself: “News Alert: Mine Company Official Reports 11 of 12 Miners Thought to Have Survived Are Dead.”

Newspapers are the first write of history. It’s 20/20 hindsight to second-guess the moment when the stars are sufficiently aligned to pull the trigger on a story. After all, the (erroneous) information did come from the Governor of the State and wasn’t denied by mining company executives. It seems to me that these are credible sources on whose information one typically can bank. Mr. Kurtz did commend The Times for citing its source: “family members,” and castigates The Post for not.

Most of the PR pundits in the blogosphere have added their voices to the PR debacle that led to yesterday’s heartbreaking see-saw ride. I will only say that in times of crisis, one cannot stress enough the importance of centralizing the flow of information. It appeared to me that this was not the case in West Virginia. Family members, mining company executives, state and federal officials, and others all had some interaction with the primary channel for information dissemination — the news media. This resulted in a very combustible and profoundly unfortunate situation.

Should we blame the messenger? I don’t think so.