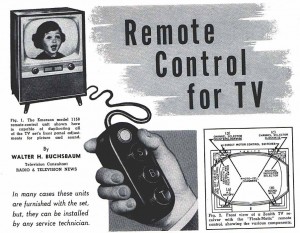 There’s one major flaw in industry antagonist PR Watch’s big news conference today calling for an end to the video news release industry: all the VNR’s I’ve ever seen clearly identify the enterprise or institution funding the production.

So does the fault lie with the PR profession or with the local TV news producers and assignment editors who choose to air the video without appropriate attribution?

Listen, Center for Media and Democracy. I know you have a hard-on for what we do in the profession, but VNR’s, B-Roll, Podcasts and Blogs are no different in my mind than a paper news release — like the one your organization issued today. The information communicated is simply produced in the medium in which it ultimately will be used. You say:

“Although the accompanying information sent to TV stations identifies the clients behind the VNRs, nothing in the material for broadcast does. Without strong disclosure requirements and the attention and action of TV station personnel, viewers cannot know when the news segment they’re watching was bought and paid for by the very subjects of that ‘report.'”

You are correct for highlighting the problem of misleading news video, but other than placing a chyron over the video – rendering it useless — what more can the profession do that it’s not already doing?

Rather than call for a halt to the practice of corporate video production for news consumption, you should redirect your criticism to where the malpractice really takes place — in the TV newsroom. It is the editorial responsibility of these broadcast and cable journalists to identify the source of the video. The PR profession already fulfills its disclosure obligation.