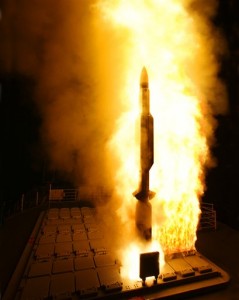 I’m sure the PR team at the U.S. Department of Defense would have preferred that its plan to manage the media’s portrayal of its “engagement” of that rogue satellite remained out of the public eye.

It didn’t, and the folks at Wired’s “Danger Room” blog pounced on it with a post titled “Operation Rogue Satellite: The PR Plan:”

In addition to a suggested Q&A…

“The plan also lays out, specifically, which audiences the various arms of the government should be trying to sway. The State Department will chat with foreign governments and “potential country (countries) of impact.” The Defense Department’s public affairs shop will reach out to the media. And it will target the “Echo Chamber” and “Opinion Influencers” by “Conduct[ing a] Conf[erence] Call for Military Analysts.””

It’s a reminder that we still very much operate in an age where message “command and control” prevails at most enterprises. Managing the message remains a popular and lucrative sport, and for most, it works…at least until, some enterprising citizen journalist gets an inkling.

Aren’t you amazed by journalists’ giddy fascination with even the most basic PR plan?