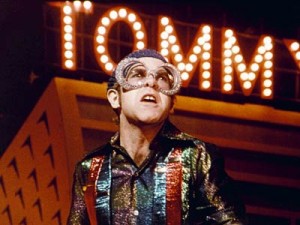 Having started in the PR biz handling national publicity for motion pictures, I’ve seen a fair share of pre-release buzz-making scenarios. My first boss achieved decent track-tion by holding the premier of The Who’s film “Tommy” underground in NYC’s 57th Street subway station. (It gave new meaning to the lyric “Tommy, can you hear me.”)

I’ll also remember the invitation-only screening we held in Washington D.C. for Alan Alda’s first film “The Seduction of Joe Tynan” about a popular Senator’s infidelity. The rub: only sitting Congressmen’s wives were invited to attend. That gambit resulted in a fab Washington Star piece quoting many of the attendees.

We later held the film’s premiere in NYC with Eddie Lapidus-provided klieg lights, red carpet and velvet stanchions holding back myriad paparazzi from every photo agency imaginable. This was before Corbis and Getty swallowed the industry.  Few knew at the time the future value of their images of a radiant 20-something Meryl Streep in her second film role after “The Deer Hunter.”

The strategy to find “affinity” influencers to help spread the advance word among presumed receptive audiences has deep and proven roots. I had written about it in 2005 for the “Chronicles of Narnia” and a Disney film, each looking to tap the faith-based crowd. You also have Mel Gibson’s “The Passion of The Christ,” which initially turned down a request by the Vatican for a private screening, but later allegedly secured a Papal blessing after a private screening. Both provided supremely targeted publicity fodder.

In the sports film genre, did you know that “The Blind Side” also tapped the faithful by offering advance films clips and specially developed Blind Side sermons to megachurch constituencies across the country? 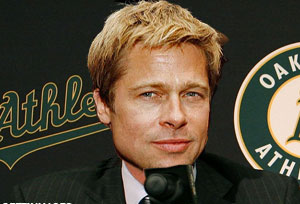 I was thus surprised to see the new baseball film “Moneyball” turn to a most unlikely, but undeniably influential audience to build its advance word-of-mouth. Last night, across my Twitterstream flowed a number of tweets touting the Oakland, CA premiere of the Brad Pitt-starrer.

It appears that the inimitable Brooke Hammerling was able to brew up a special showing of the film at which the cast and filmmakers took the stage. More significantly for the filmmakers, and the evening’s apparent sponsor (and Brew PR client?) Netsuite, was Ms. Hammerling’s ability to invite all the Twitter-verified influencers she knew in the Bay area. Here was some of the fodder:

@karaswisher At Paramount Theatre for “Moneyball” premiere. Everyone here for Pitt, but I love Kotick: http://yfrog.com/nvxlpftj

@smart At the Moneyball premiere. Thanks @brooke and #NetSuite! (@ Paramount Theatre w/ 16 others) http://4sq.com/oTcbA8

Ahhh, so there’s a math component to Moneyball!  Darren Rovell: let’s hope the filmmakers (and their surrogates) see the wisdom of giving you an early look. Or maybe they already have?