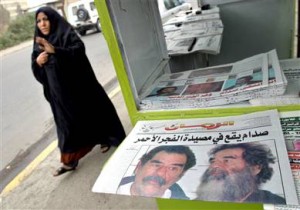 I’m always amazed by the cries of condemnation from seemingly sophisticated media chroniclers upon learning of some public relations initiative.

The latest example, of course, comes in response to reports of the Pentagon’s RFP to mount a $20 million, four-year program to qualitatively analyze the global media coverage of the conflict in Iraq.

While I am no fan of how the Pentagon has conducted this war, one would have to admit that a more balanced media portrayal of the U.S., coupled with the truth about extremist Islam, can only better inform the Iraqi (or Saudi or Iranian) people about the dangerous direction in which they’re being led.

In my mind, the question is less about collecting, analyzing and quickly sharing what is being “reported” — essential steps for mounting an effective PR campaign — and more about what shape the resulting PR campaign takes. If the administration continues to cross journalistic boundaries by paying for positive stories, then the Pentagon deserves all the criticism it receives.

As for the size of media monitoring contract, perhaps Wonkette had it right:

“Pentagon to Spend A Gazillion Dollars on Iraq Equivalent of ‘Slate.'” “Hey US Command, tell you what: give us, like, one million bucks, and we’ll get ya started with fucking Google news alerts and Bloglines.”

Gee, can Google News Alerts also scan each story across multiple languages and provide a qualitative assessment? I don’t think so…just yet. Wonkette’s one million bid, while healthy in PR terms, will fall woefully short. This undertaking will be a human timesink.