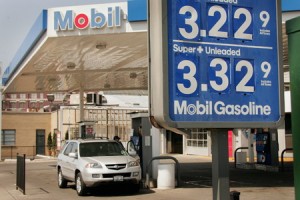 I told my sister to take me off her friends e-mail distribution list. The reason: I have too many e-mails to wade through as it is, and frankly, what she typically sends has more to do with self-discovery, the key to longevity, good parenting and the usual breathless, but fictitious conspiracies, e.g. “urban legends,” that seem to thrive online. (An ill-informed Republican friend of mine recently forwarded me a preposterous claim that one Presidential candidate is actually a radical Islamist. Geesh!)

This morning, my sister sent me a three-year-old chain e-mail that may very well fall in that last category, but it also may not. It was a “call-to-action” decrying the obscenely high gasoline prices, and offered a “simple” remedy. The letter, supposedly written by “a retired Coca Cola executive…from one of his engineer buddies who retired from Halliburton,” called for a boycott of one il company, ExxonMobil — the biggest one:

“For the rest of 2007, DON’T purchase ANY gasoline from the two biggest companies (which now are one), EXXON and MOBIL. If they are not selling any gas, they will be inclined to reduce their prices. If they reduce their prices, the other companies will have to follow suit. But to have an impact, we need to reach literally millions of Exxon and Mobil gas buyers. It’s really simple to do! Now, don’t wimp out at this point…. keep reading and I’ll explain how simple it is to reach millions of people. I am sending this note to 30 people. If each of us sends it to at least ten more (30 x 10 =300) …and those 300 send it to at least ten more (300 x 10=3,000)…and so on, by the time the message reaches the sixth group of people, we will have reached over THREE MILLION consumers. If those three million get excited and pass this on to ten friends each, then 30 million people will have been contacted! If it goes one level further, you guessed it….. THREE HUNDRED MILLION PEOPLE!!!

Ahhh. If only life (and the economics of gas prices) were that simple. It reminded me of the devilish issue P&G had years before the Internet. Apparently, some consumers came to equate the P&G logo with Satan. P&G learned about it from calls into its consumer hotline. To contain the problem, we arranged media interviews in the affected geographies for a P&G spokesperson to recount the logo’s true origins.

As for ExxonMobil’s PR team, the containment approach will not work. Online viral campaigns like this have few, if any geographical boundaries. My bet is that the giant oil profiteer will do nothing…except offer some mumble jumble about market fluctuations. But then, of course, that’s if people ignore the online call-to-action. Hint hint.

PS To keep my sister happy, I have posted on this in lieu of forwarding the e-mail to 30 friends. Now if you link to it, you’ll be doing your part.