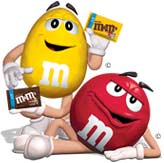 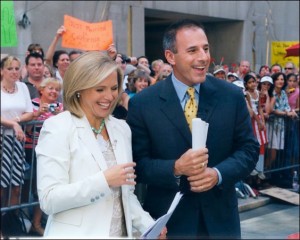 Cameron Blanchard, a spokesperson for the Entertainment Division of NBC-TV, took the lead in responding to media questions about Matt and Katie’s curious omission of the M&M mishap during yesterday’s annual parade telecast. The News Division, for which the program’s hosts typically toil, clearly wishes to distance itself from the deflating news, which somehow never crossed the lips of Mr. Lauer, Ms. Couric or Mr. Roker.

The absence of any mention raises some questions that will certainly occupy the blogosphere for the next few days. If the hosts knew about the incident, did they breach their journalistic responsibilities by ignoring it? Or, as a scripted (and obscenely commercial) entertainment program, were the telecast’s journalist-hosts under any obligation to report the breakway news?

Other entities scrambling to defend their reputations include the folks at Macy’s who had a wake-up call on Wednesday about this very issue, and the candy makers at MasterFoods, the division of Mars Inc. that makes the colorful chocolate icons. As of this writing, no reference to the incident has appeared on the latter’s website .

The winner? The father of the injured girls who, incredulously, decided not to sue anyone.