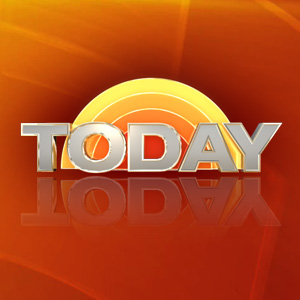 As if anyone needed to remind us about the malaise at the network evening news programs, today we learn that this softening extends to other celestial bodies in the broadcast universe, namely the morning shows and newsmagazines.

Today, the Project for Excellence in Journalism releases the fifth edition of its State of the News Media . Among the major trends cited:

News is shifting from being a product â€” todayâ€™s newspaper, Web site or newscast â€” to becoming a service â€” how can you help me, even empower me? There is no single or finished news product anymore. As news consumption becomes continual, more new effort is put into producing incremental updates, as brief as 40-character e-mails sent from reporters directly to consumers without editing.

A news organization and a news Web site are no longer final destinations. Now they must move toward also being stops along the way, gateways to other places, and a means to drill deeper, all ideas that connect to service rather than product.

The prospects for user-created content, once thought possibly central to the next era of journalism, for now appear more limited, even among â€œcitizenâ€ sites and blogs. News people report the most promising parts of citizen input currently are new ideas, sources, comments and to some extent pictures and video. But citizens posting news content has proven less valuable, with too little that is new or verifiable.

Increasingly, the newsroom is perceived as the more innovative and experimental part of the news industry. This appears truer in newspapers and Web sites than elsewhere. But still it represents a significant shift in the conversation.

The agenda of the American news media continues to narrow, not broaden. A firm grip on this is difficult but the trends seem inescapable. A comprehensive audit of coverage shows that in 2007, two overriding stories â€” the war in Iraq and the 2008 presidential campaign â€” filled more than a quarter of the newshole and seemed to consume much of the mediaâ€™s energy and resources.

Madison Avenue, rather than pushing change, appears to be having trouble keeping up with it. Like legacy media, advertising agencies have their own history, mores and cultures that keep them from adapting to new technology and new consumer behavior.

Since an understanding of journalism and current knowledge of the state of the media landscape continue to serve as core competencies for PR practitioners, I would recommend checking out the new study.