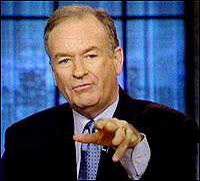 Today’s Washington Post news story (as opposed to opinion piece) by Paul Farhi highlights the ideological struggle to ensure that the “news programming” produced by the publicly funded Public Broadcasting System is not biased in any way. There are many layers to this story and conflicting measures for resolution, e.g., greater transparency of production decisions, editorial ombudsman, more diversity of overall programming on the network, funding cuts, etc.

I took interest in the issue of how a program is labeled. Is it news or opinion/commentary? A new poll says that most Americans believe that Bill O’Reilly is a journalist akin to let’s say Jim Lehrer or Bob Schieffer. Granted, the topics each cover frequently overlap, but that’s where the similarities end. (The PR profession has similar issues in how it labels advocacy groups, but that’s another posting altogether.)

‘Atlas and Rosenstiel differed on how a provision requiring the labeling of commentary or opinion might be applied on PBS programs. Rosenstiel said a program such as “The Journal Editorial Report” — in which conservative editorial writers from the Wall Street Journal discuss the news — would need to be labeled. But Atlas said: “That’s an interesting question. We’ve looked into that. The name spells out that it’s opinion, so it’s already labeled. But if there’s a perception that the name doesn’t make that clear, we’ll look into it further.”‘