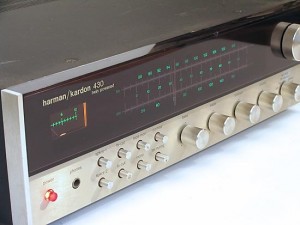 The snark has surfaced with yesterday’s announcement that the Washington Post Co. has sold its once venerable newsweekly to the nonagenarian namesake of a once-venerable audio components company.

Here are some of the Twips (Twitter quips) that crossed my Blackberry yesterday:

@Howard Kurtz So…Is it too early to start a pool on who will be the new editor of Sidney Harman’s Newsweek?
about 16 hours ago via UberTwitter

@r Horace Greeley? [RT @HowardKurtz] Is it too early to start a pool on who’ll be new editor of Sidney Harman’s Newsweek? [link: @jeffjarvis]

@J_Christopher Andy Rooney! RT @jeffjarvis: Does anyone care? Larry King? RT @HowardKurtz: Is it 2 early to start pool on who will be new Newsweek editor?
about 16 hours ago via TweetDeck

@JayRosen_NYU In all the coverage of the Newsweek sale, I didn’t find a single idea about how to change it to make it workable. http://jr.ly/4kag Did you?
32 minutes ago via web

@jackshafer RT @danmccleary Sidney Harman is 90. Maybe he thinks he is buying a Newsweek subscription.

@king_kaufman My idea for Newsweek’s new owner, @jayrosen_nyu: Lay off half the staff, then flip it for $2.
26 minutes ago via Brizzly
about 18 hours ago via web

You get the picture. God bless Sidney Harmon, who turns 92 tomorrow. At least he’s kept his sense of humor through the Twitter flaming. From The Times:

“Asked why he was taking on this challenge now, Mr. Harman replied, ‘Because I think I should stop misspending my youth.'” 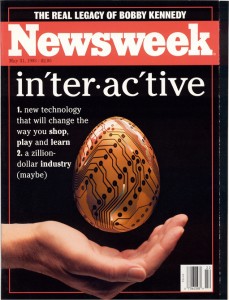 It’s a shame that Newsweek’s most erudite editor Jon Meacham will depart with the sale, though there’s some relief in that we can still catch his musings on the tube.

As many vaunted print publications continue their struggles to find sustainable business models for our digital age, Newsweek is one that have just brought about its own demise. For years, it resisted the creation of a Newsweek-branded website.

In January 2007, I had a chance to ask Mark Whitaker, then VP, editor-in-chief, Washington Post/Newsweek New Ventures, about this and and the media landscape in general. Here’s the audio clip.