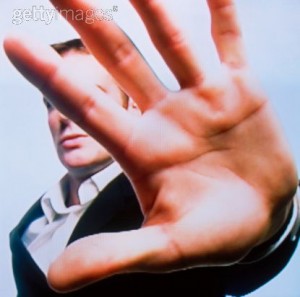 She starts off with Heparin, then goes on to quote a selection of industry notables — Howard J. Rubenstein, the savvy Bill Keegan of Edelman, and a Richard Levick who wrote a book in which he says that once the crisis hits, act quickly.

If you don’t control the message from the get-go, someone else will:

“You need to run to the crisis,” says Levick, co-author of Stop the Presses: The Crisis and Litigation PR Desk Reference. “The quicker you do that, the more likely you are to solve it.”

Farrell cites Baxter’s recent actions to counter the Heparin crisis as a good example of how a company should behave in the face of adversity. (Though I would add that victims like J&J’s tainted Tylenol or syringe-tainted Pepsi have an easier go at crisis management than evil-doers.)

…Baxter Chief Executive Robert Parkinson, while contrite, blamed the problems on the company’s suppliers in China: “We’re alarmed that one of our products was used, in what appears to have been a deliberate scheme … and that people have suffered as a result.”

And Hallmark/Westland Meat Packing, the “lead footed” beef supplier to many U.S. public schools, as a bad one:

In January, a video series was released by the Humane Society highlighting questionable slaughtering practices at a Hallmark/Westland Meat Packing plant…In fact, Hallmark/Westland issued no statements until March 18–more than a month after it had shuttered the plant and announced the largest beef recall in U.S. history.

Elsewhere today, Merck CEO Richard Clark lamented to a Morgan Stanley gathering about the negative media attention his company, and big pharma in general, endures. Surprisingly, he made a point NOT to blame the media, and instead insisted that the industry could do a better job telling its story:

…Clark was asked about all the bad press the company has been getting: Is Merck not providing the positive stories or are the media not interested?

â€œThe answer to that question I struggle with,â€ he replied. â€œWe need to do a better job as a company and as an industry. Having been at Merck for 35 years, we take way too much for granted. And I donâ€™t think weâ€™re aggressive enough in getting our stories out there.â€

Back to Forbes, Mr. Rubenstein offers the good news in all of the bad:

“The public’s institutional memory is very short, absent criminal or moral transgressions. [They] are ready to forgive.”

“There are a hundred ways to say ‘No Comment’ without saying that specifically.”