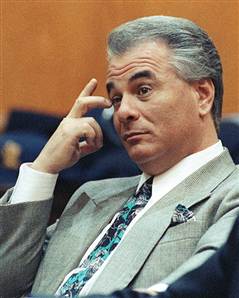 For fans of the NYC tabs, the name “The Teflon Don” will always be associated with the late John Gotti for his ability to avoid having the charges stick. I don’t know what Teflon’s inventors DuPont had to say about the high-profile brand exposure (after all, it’s commonplace nowadays for the infamous to land spokesperson roles), but I do know that the Wilmington-based chemical company is hoping that the re-surfaced media coverage alleging Teflon’s potential health hazard does not stick around much longer in the news.

Unfortunately, it likely will…given the voluminous body of deleterious information about Teflon residing on the Web, and its migration to the mainstream media. DuPont has done its best to counter the criticism with its own perspective (that pops as a paid result ranking at the top of a Google search for Teflon).

The steaks are heating up as DuPont is feeling the effect of these allegations on its bottom line.