It’s not nice to mislead lie to one of the two most influential gadget gurus reviewing today. Well, that’s just what the inimitable David Pogue of The New York Times alleges proves Barnes & Noble did in describing its new Nook e-Reader, built to go head-to-head with Amazon’s much-ballyhooed Kindle Fire.

What’s more, it’s not the first time that @pogue caught the once high & mighty bricks & mortar bookseller in a fib lie. He even pulled the language from his two-year-old review outing B&N for its (under)exaggerated weight claim: 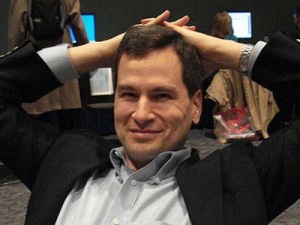 “Thereâ€™s no doubt at all that we, the overworked members of the tech-reviewersâ€™ union, have always accepted manufacturersâ€™ benchmarks as accurate. In the Nookâ€™s case, for example, every single major reviewerâ€“Wall Street Journal, USA Today, PC World, CNET, Engadgetâ€“wound up parroting the companyâ€™s weight claim. Including me. Itâ€™s just never occurred to anyone that these companies might lie about this stuff.”

This time the misrepresentation had to do with Nook’s purported and promoted ability to play videos at true high-def resolutions. As Pogue wrote:

“But if I read all of this, I might come away with the impression that the Nook Tablet can show high-definition video! Well, guess what? It canâ€™t. Its screen resolution is 1024 by 600 pixels. Thatâ€™s not even close to high definition.”

In his just-posted column, aptly titled “Nookâ€™s Specs Are Exaggerated, Again,” Mr. Pogue takes the company to task in no uncertain terms. Other than the fact that the specs don’t live up to the billing, I wonder whether Mr. Pogue was also feeling a bit used by Barnes & Noble’s communications consiglieres. He writes:

“During the week that the worldâ€™s tech critics were preparing their Kindle Fire reviews, Barnes & Noble representatives went into pre-emptive attack mode. They gave us private briefings to make sure we knew that they, too, had a new line of e-book readers coming out.”

I mean, no self-respecting reporter wants to feel that he or she is a cog in a company’s marketing strategy. Right?