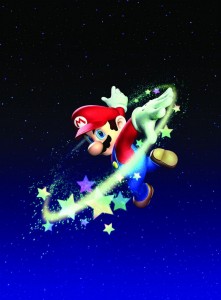 If my memory serves me well, it was perhaps the second or third year of Nintendo’s very existence when the Super Mario makers wanted/needed to rise above the din of holiday shopping toy lists.

The fledgling gamer brand decided to resort to the old PR standby to make news: a seemingly scientific survey. The “North Pole Poll” was born.

The Gallup poll, fielded at shopping malls across the country, asked families what their top toy picks would be for the holidays. They choose from a pre-selected list of popular toys. And the winner was…Nintendo!

We released the survey results to coincide with Black Friday (today), which, back then offered a still-fertile news hook for the start of the holiday shopping season. A satellite-fed VNR propelled the story onto local TV news, which propelled Mario into Super Mario.

Of course, the company didn’t have the Playstation or XBox franchises to contend with, which brings us to the point of today’s post. News is made when a story defies conventional wisdom or expectation. We didn’t expect the Wii to produce the same kind of frenzied fans and eye-popping graphics as its two formidable foes. This, from Seth Schiesel in today’s New York Times:

“Nintendo realized years ago that it simply did not have the financial and technical resources to compete with Microsoft and Sony in vying for those hard-core gamers who always want the latest, snazziest graphics, the most realistic physics modeling and all of the other bells and whistles that top-end systems so amply provide. “

Needless to say, the conventional wisdom didn’t hold out much hope for the later-debuting Nintendo Wii. How could it possibly compete with the cool consoles from SONY and Microsoft?

We awake this morning to two (and probably more) unconventionally upbeat reviews of the system that many had counted out. The New York Times’s Seth Schiesel writing about Wii in “Getting Everybody Back in the Game:”

“But for many people it will be the most fun, and thatâ€™s what really matters.”

“By comparison, most of my friends arrived having heard little about Nintendo’s new system. But, as it turned out, that device was the hit of the party.”

Sure, the respective nine-figure marketing budgets from SONY and Microsoft may ultimately prove insurmountable for Mario and the gang. But there’s much to be gleaned from Nintendo’s lack of hyperbole in bowing its new game system. Musgrove’s headline: “In the Wii-PS3 Playoff, Nintendo Upsets Sony on the Fun Factor.”

Hey, if the ultimate underdog Rocky Balboa can make a comeback this holiday season, you better think twice before putting Nintendo down for the count.