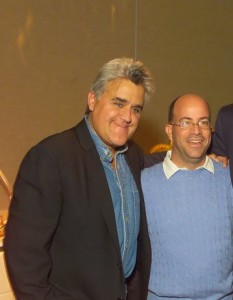 It’s natural for us as PR pros to Monday-morning quarterback a prominent PR gaffe. After all, we have the advantage of not being at the table as the beleaguered PR consiglieres assess the myriad mitigating factors that would inform a communications strategy.

As outsiders, we can simply take notice of the ugly aftermath and postulate on how we could have done better. To this I say: maybe, maybe not.

As the first tweets on the Leno affair breathlessly scrolled down the screen of my iMac, I felt compelled to take to the microblogging platform with this:

I found it curious the rapidly evolving and seemingly contradictory positions that emanated from NBC at the outset of this sensational story. It soon became clear (to me, and others I’m sure) that the the network’s communications smorgasbord could have benefited from more time in the oven. It emerged uncooked and unready for consumer consumption.

The always astute David Carr, posting on The Times’s MediaDecoder blog, opined on the futility of trying to reign in the two conductors who have since commandeered the runaway NBC message train:

“There are some things even the best communications strategy canâ€™t fix and angry-talent-standing-in-front-of-a-pile-of-smoking-rubble-that-used-to-be-a-programming-schedule is one of them.”

It elicited this response from a PR consultant who formerly repped NBC (and hopes to again):

“I wouldnâ€™t have any good answers for them. There is a pain threshold here and we moved past that a while ago, but the network canâ€™t muzzle them. The problem is that the carnage just seems to keep coming: Then you guys have things to write about and the hosts things to talk about.”

Perhaps. But, in my mind, this is not an issue of muscling in with a message to mollify the men with the microphones. It’s an operational issue that NBC should have resolved, but didn’t, last decade, and for which it is now paying a dear price — both to the NBC brand and ultimately Mr. Zucker whose conspicuous absence through this mess is deafening.

Is the communications situation hopeless? It sure seems so, but again, I do think Mr. Zucker could take his head out of the sand to try to silence the schadenfreude crowd with a contrite mea culpa. In the end, however, it’ll be a programming solution — if one can even be found — not a PR plan, that will put this tempest to bed. Then again, there’s Haiti.