I had to get from the upper east side of Manhattan to Water Street in the financial district for a client meeting this week. My default ride-sharing service Via only operates from 110th Street to Houston Street, so it was not an option. Too bad, since Via’s pre-paid $5.40 (including tax) cost-per-ride is the best deal in town if you don’t mind picking up the occasional stranger en route to your destination.

I then went to my second preferred app-driven car service Gett, which does operate throughout Manhattan. After it recognized my pick-up location, it took three minutes or so to let me know that no cars were available at this time. (It was 10:15am, well past rush hour.) Groan. 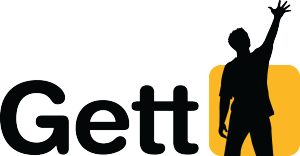 I finally resorted to Uber, the industry’s sharp-elbowed pioneer, which I’m sure thinks I’ve been picking on them over the last year. (What’s not to dislike?) Typically, I opt for UberX, but on this day I had to collect a colleague along the way to our meeting.

I choose an Uber Black car since the app didn’t make it clear what level of service would allow me to pick up a passenger. The iOS app instantly recognized my location. But, as I was starting to type in my destination, I received a text that the car would arrive in two minutes. Huh? No confirmation button? No destination.

Oh well, I had little choice at this point. The Black Lincoln Navigator arrived on time, and off we went.

Shortly after arrival downtown, I received a receipt for…$47. WTF. Was this surge pricing, and if it was, how come no notification? Pretty slick, Uber.

Gett was available for the ride home. The first notification of pick up time had the BMW X3 arriving in four minutes. That soon changed to 14 minutes, which soon morphed to 18 minutes. After the driver dropped me off at my office’s front door, the receipt arrived in my inbox: $11.12. Beautiful.