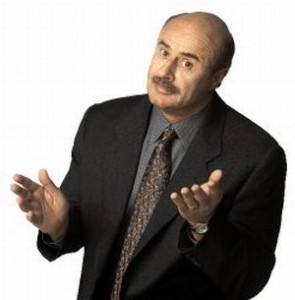 I moderated a panel on social media earlier this week on which sat a savvy young PR woman whose firm handles a considerable amount of work in the pharmaceutical space.

Her presence there perplexed me given the draconian regulations under which that industry operates, especially in the area of social media and online communications. What possible case studies could she cite?

She confirmed my suspicions. The drug industry is sitting on the sidelines as consumer-facing companies embrace new technologies to engage their customers. The primary direct-to-consumer communications we see from the drug industry arrived a decade ago with d-to-c Rx advertising, and even that one-way genre produced its share of scrutiny and discontent.

Today we learn of a new FDA website designed to help consumers wade through the Rx come-ons that permeate mainstream media. The only rub: the site allegedly reads more like an industry primer for creating better ad copy than a consumer guide. Prompted by frequent industry nemesis, the CSPI, ConsumerAffairs.com reports:

But this is not the biggest complaint. Apparently, the site was built by a newly formed non-profit entity staffed by employees of a PR firm that represents many drug companies. The site, “Be Smart About Prescription Drug Advertising: A Guide for Consumers,” was developed by EthicAd, a non-profit run by Atlanta-based Shaw Science Partners.

“But to develop such a site, the Center for Science in the Public Interest (CSPI) claims the FDA turned to a nonprofit front group erected by Shaw Science Partners, a public relations firm that specializes in launching new drugs such as Viagra, Celebrex, Zoloft, Cymbalta and the now-withdrawn Rezulin.”

To its credit, the site’s developers are not paid for their time — only expenses. Nonetheless, the CSPI believes the FDA should look to “physicians, pharmacists and other groups” – not a PR firm working in the industry. So I guess the CSPI would prefer doctors over industry-knowledgeable communications professionals to create a connection with consumers?

Other than Dr. Phil, somehow I think using doctors to communicate anything is a bad idea. How about pharmacists? Mr. Glower?