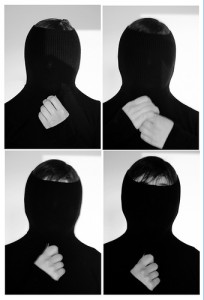 How many media training sessions does one have to endure before taking to heart the trainer’s counsel that nothing is “off the record?” We’ve certainly witnessed a fair share of PR gaffes by newsmakers who thought it was cool to kibbutz with a reporter.

Segueing from “off-the-record” to its semantic sibling “on background,” we read with interest today Slate’s media maven Jack Shafer’s recount of those backgrounding sessions that the Bush, and now Obama administration regularly serves up to the White House press corps.

The media ground rules for such sessions shield the name of the person doing the backgrounding, i.e, “an administration official,” but allow the content to be reported.

Shortly after the backgrounder, press secretary Gibbs convened an on-the-record session with the White House press corps and television cameras, and taking questions about the executive orders, he referred to “Greg” three times. “Intriguing,” wrote Gillman in italic. “Who is this mysterious ‘Greg,’ folks watching on TV might wonder.”

The bigger question revolves around whether these backgrounding sessions jibe with the Obama administration’s pledges of transparency. In response to one of this blogger’s recent posts about the PR changes afoot, Brian Burch posted these comments:

Change in the press office? Nope. Obama’s press office is already proving itself as no better than the Bush administration. Limiting the number of journalists to the “second swearing,” denying access, refusing to answer questions.

Openness and transparency are nothing more [sic] more talking points for the strict White House PR machine, which would rather focus on dogs and decorations than answer real questions.

Boy, do I hope he is wrong. As for the White House backgrounding sessions, Mr. Shafer concludes:

The only people left in the dark are citizens and readers. Why can’t we trust them with the identities of background briefing? As long as it’s a new administration, why not turn on a few lights?