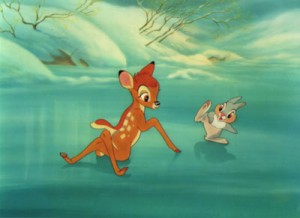 I know. I know. I’m dating myself. But I remember Marketwatch’s Silicon Valley columnist Bambi Francisco when she was a talent booker in New York for Lou Dobbs‘ “CNN Moneyline.” Now she finds herself in a journalistic sticky wicket, exacerbated ironically by a piece in the flagship publication of her employer.

The issue concerns Ms. Francisco’s investment in a start-up called Vator.TV and whether she used her position within the ranks of Dow Jones & Co. to promote her venture. Incidentally, this blogger first posted about Vator on January 30 when Bill Cleary spilled the beans while introducing Bambi for on an Always On panel in NY.

“In introducing Bambi, Cleary let it be known that she’s announcing a new venture today called ‘Vader,’ no not Darth, but ‘Vator,’ as in elevator pitch.”

Well, it might as well have been Darth Vader given the vitriol with which some in the media have piled on this story. The examples of so-called ethical transgressions seem, well so indirect, and I wonder whether blogging about it outside the realm of her employer really constitutes a breach.

Nevertheless, Bambi, take heart. It’s Good Friday — a prime day for a story like this to dissipate, if not disappear. Minimally, it will raise some important questions about journalism in this millennium (and perhaps even put Vator on the rador).

Update II: Bambi resigns. Perhaps I should have read between the lines when she offered,to share details on Vator.TV. Nevertheless, I wish her much success in this new venture. After all, what could be more current: digital video, a 30-second elevator pitch, VC money — all in one?