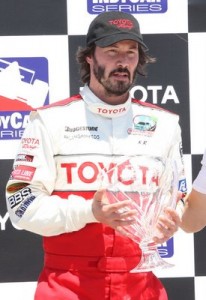 Seasoned crisis managers have an innate ability to predict probable outcomes of various gnarly situations. In “crisis preparedness” exercises, they attempt to anticipate all the “what ifs?” and then simulate communications plans to address each possible scenario.

It’s a fair bet that many crisis counselors knew immediately how the Toyota recall might snowball into its current cataclysmic dimensions.

Today we learn that the #1 Japanese automaker’s dealers in southern California, apparently not content with the glacial pace of an entrenched corporate culture, retained the region’s go-to crisis guy Michael Sitrick to cure what ails their sales.

Sitrick is perhaps more closely associated with guiding the likes of Michael Jackson’s family, Paris Hilton and Chris Brown through their travails, but I guess the saying “it comes with the territory” applies here. How do you feel that the firm posted a link on its home page touting its latest crisis client?

While we’re talking Hollywood, my thoughts turned to crisis mitigation after reading a Reuters piece detailing efforts to deal with “the single most hated thing” on the Oscar telecast: those supposedly 45-second speeches that morph into endless tear-filled thank yous to agents, managers, directors, fellow actors, family members and even lowly PR peeps.

This year, we’re told, things will be different. The show producers recently held a luncheon, i.e., a prepardeness exercise, wherein they instructed each nominee to create two speeches: 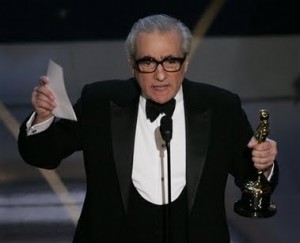 “Typically, that advice is to keep them short and avoid a long list of “thank yous” to agents, directors, spouses and family…Instead, he [Bill Mechanic] and co-producer Adam Shankman [any relation?] will have winners give two speeches: one onstage telling audiences what winning an Oscar means to them, and a second backstage for a “Thank You Cam” where winners can say “Thanks” to whomever they want.”

There’s still no guarantee these unpredictable winners will abide by the rules:

“So to illustrate their idea, the producers showed a videotape of past winners such as Renee Zellweger talking about what winning meant to them.” 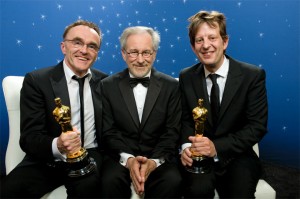 As for preparing two speeches, I still hold out hope that one day some clever company will make my Academy Award marketing idea a reality.

It goes like this: pay each supporting actress (or actor) nominee to pre-tape a TV spot promoting the marketer’s product or service. Once the Oscar winner is announced and speech delivered, the telecast cuts directly to commercial featuring the winner (in his/her Oscar attire) gushing on the evening’s achievement (and the sponsor).

I suppose, it could work for losers too:

“Oh well. I was in excellent company. Better luck next time. Doesn’t my hair look great? I have to thank my hairdresser and stylist, but also Nice ‘n Easy – something I pray will happen next year.”