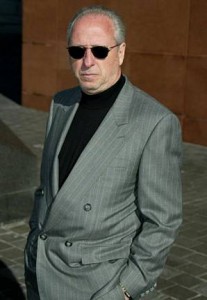 The boldest of the bold-faced names in the PR field would have a hard time getting past the gatekeepers at today’s hottest restaurants and clubs. This is a good thing. If they’re doing their jobs, it is their clients who have gained the name and face recognition that opens doors. The industry has been well-served by staying out of the limelight. This long-standing tradition appears to be changing.

New York PR impresario Howard Rubenstein is a perennial staple in the city tabs…on the coattails of clients like George Steinbrenner, Rupert Murdoch and Leona Helmsley. Dan Klores, Mr. Rubenstein’s protege whose namesake firm now rivals his former employer, has pretty much checked out of the PR biz, first in favor of the lights of Broadway, but now firmly ensconced in the movie biz.

If you’re not convinced that PR people crave the public spotlight, look no further than the speed and zeal with which many PR pros have embraced the self-aggrandizing medium called the blogosphere. The proliferation of PR blogs shows no signs of abating. (This blog notwithstanding.)

Today’s New York Times trumpets Wal-Mart’s search for two senior public relations executives. Since when does a recruitment ad for a PR executive warrant a business feature? (The piece was written by the same reporter who broke the company’s incendiary blog relations strategy.)

One of the retailer’s many detractors apparently slipped the story idea to The Times reporter. As a result, the piece had somewhat of a subversive taint, as if hiring a PR professional was analogous to retaining Tony Pellicano (pictured). Ironically, the organization that fed The Times the story is knee deep in the use of public relations tactics to advance its cause. Why isn’t this news?