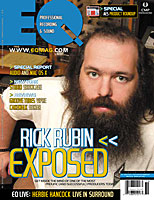 In my Sunday morning hoops game, the talk among the Advil-infused aging adversaries turned to the annual auction held the night before to benefit the local JCC. After spirited bidding, the top prize finally fetched $33,000. What was it? A Lexus? A round-the-world cruise? A diamond necklace? Noooo. It was a walk-on on the HBO series “Entourage.”

Geesh?! Is anybody immune to the trappings of fleeting fame? And what role do PR pros play to ensure that fame will be more than fleeting?

Killing off the client may be one tactic judging from the mythic status suddenly thrust on the trashy and talentless trailer-park tabloid star Anna Nicole Smith. Are there people who really give credence to her comparison to Marilyn Monroe? Sure. They’re the same ones who see Prince Frederick von Anhalt in the same light as JFK.

Have you ever heard of Rick Rubin? Nor had I. I wonder if the bouncer/selectmen at any of L.A. or N.Y.’s hottest clubs would unhinge their velvet ropes upon his solo arrival. Probably not. But Rick Rubin (pictured), in my estimation, is a bona fide celebrity — not of the Paris, Lindsay or Howard K. Stern mold, but one who actually earned his place on the A-list by plying his craft.

Over the past year, Rick worked with both the Dixie Chicks and the Red Hot Chili Peppers to produce albums that respectively garnered five and four Grammy Awards. He also picked up one himself as Producer of the Year. (I suspect he’s not paying anything anytime soon for a walk-on anywhere.)

Cluetrain Manifesto co-author David Weinberger recently had this to say about what it takes to create buzz:

“If Microsoft really wants to earn high marks from the public, it might want to consider earning them the old-fashioned way: By creating products people love.”

Personally, I’d much rather represent an unknown person with a fabulous talent than a fabulously recognizable person with no talent. Unfortunately, there are many practitioners who thrive on the glow of their famously infamous clientele.

Maybe the adage that you can’t make a silk purse out of a sow’s ear doesn’t apply in this era of faux-celebrity. Nonetheless, I still accept the notion that that the unheralded silk purse of today has a greater capacity to generate redeeming fame and fortune tomorrow.