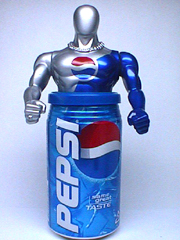 The New York Times today reports on Pepsi’s deal with Yahoo! wherein the Internet portal (is portal still a good descriptor for Yahoo?) intends to webcast a re-purposed version of the TV music series that apparently did not draw many viewers. While Pepsi may be one of the most recognized brand names in the world, using its name in the program’s title, in my estimation, did not help its prospects for garnering a large audience. It’s simply too commercial. Even “Pepsi Presents…Smash” is better.

Analogously, one of the most common mistakes by PR people is the insistence by many on popping the company or commercial product’s name in the first headline of a news release. This is almost always a bad idea, unless of course, Microsoft is announcing that it is purchasing Google. The essence of the news should always lead, and invariably, the name of the company making the news will follow close behind.