“…the fastest Web site in history to break the 10-million-visitors-a-month threshold.”

“How to slow Pinsanity. Nothing gets tech bloggers more hot and bothered than the next new social media thing, and right now that thing is Pinterest.”

And the Wall Street Journal showered the site with a nice feature that rightly asks where’s the money?

So how did this new darling of the social set catch fire so fast?

I’ll tell you how. The site scours your Facebook friends. It then emails you with the news that one of them is now following you and suggests that you follow them back. (—>)

Here’s the rub: your Facebook friend who “started following all your pinboards” is completely oblivious to the fact that he or she has done so.

You heard me.  Pinterest has exploded its user base through a fairly deceptive means of email marketing. Brad McCarty observed this nearly a week ago in his Next Web piece titled 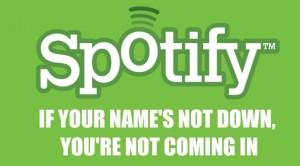 Look. I get it. Every social startup needs some gimmick to ramp its user numbers. Spotify and Turntable.fm created cache (and demand) through their invite-only schemes. And how long did most of us everyday joes have to wait to get a taste of the “new” Twitter or Google+?

But the Pinterest scheme seems, well, a bit sleazy, if not outright unethical. I mean who ever gave the site permission to exploit one’s Facebook friends for its own aggrandizement (and, incidentally, the boffo headlines that resulted)? Is it genius or simply scurrilous?

After seeing Pogue’s review, I dropped him a note about Pinterest’s Facebook friends scheme. He wrote back saying he hadn’t noticed. I then ran into Buzzfeed’s Jonah Peretti just before he was to take the stage for his Social Media Week keynote yesterday. We chatted about Ben Smith’s success in migrating his tens of thousands of Twitter followers from Politico to Buzzfeed. I then mentioned the remarkable hype around Pinterest and my observations about what’s actually feeding that hype.

I attributed it to the questionable email marketing scheme and asked why he thought people weren’t more vocal about this nefarious approach. He responded that unlike another startup that pushed the ethical bounds of email marketing — Plaxo — people actually like using Pinterest, and because of that, are willing to give it a pass.