The new business pitch went down as one of the most memorable in the annals of new business pitches. The late Geoff Nightingale, a wicked smart, bigger-than-life PR agency creative executive turned up at the final presentation with a cute little dog on a leash and a brown paper bag in hand. He proceeded to lead the prospective client through the agency’s program elements. The dog sat quietly off to the side.

He finished the presentation after which a Q&A ensued. Finally, the client prospect asked the obvious questions: “What’s with the dog and what’s in the bag?” Without skipping a beat, Geoff picked up the bag, pulled out a handgun, and proclaimed that he would shoot the dog if the agency wasn’t awarded the business. (Thankfully, no shots were fired.) 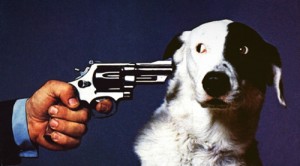 Business development is an essential lifeline for any agency. Some firms have codified their assets and case studies to make it easy to drag and drop elements into a proposal. Others approach each client individually, taking the extra time to research the competitive landscape, identify the key industry influencers, and formulate the exact composition of the team that would service the business.

My firm happens to fall in the latter category. No cookie-cutter proposals from this end. It is therefore especially irksome when the prospect doesn’t have the courtesy to communicate with the firm once a selection has been made, let alone explain thew rationale for choosing the winning proposal. Some agencies have even seen their proposed ideas executed…months after having lost the bid.

A veteran PR agency executive and friend of mine who runs a successful firm in the travel & tourism space had spent weeks preparing a proposal for a high-end resort in Australia. A number of firms were competing for the business, so it was gratifying to my friend that she made it to the final round of three. She knew the other two finalists. 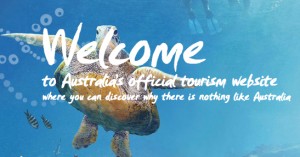 Imagine her surprise when she happened to notice a Facebook post from the proprietor of an altogether different firm stating that he had won the account? She called the winner who explained that he didn’t pursue because he had a conflict, but no longer does. The client awarded him the business without even a proposal. My friend, emailed and called the client prospect for an explanation, and she was met with radio silence.

I recently had a similar experience. A music-streaming service recently invited me into their newly opened New York offices to meet the company’s CEO and talk about how to reinvigorate attention for their platform. Apparently, I was recommended by several people, including a few journalists.

This went on for two or three months, all the while, I would send the CEO industry-relevant articles in which they could or should have had a stake. He never acknowledged receiving them. What I also didn’t know is that this company had given the same run-around to at least two other highly regarded PR industry friends of mine, several months previously. Both now have a healthy disdain for the company and its ill-mannered executives.

To this day, the prospect hasn’t replied to a single one of my correspondence, and it’s probably all for the better. Imagine what it would be like to represent a person like this? In fact, I now remember the CEO telling me in our first meeting that his company had already worked with a handful of firms, including the world’s largest, and was simply not happy with the results.

Net net: if this executive were to come back to me today, I would politely decline the opportunity, because that’s how I roll.

If you have a new business development nightmare you’d like to share, please send a couple of paragraphs to peter[dot]himler[at]gmail[dot]com. Happy hunting.