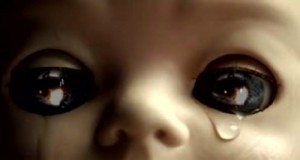 With the image and profit-corroding stain of fire-prone laptop batteries finally faded, SONY’s PlayStation 3 is poised to make some noise.

The AP moved the first of what will likely be a multitude of stories leading up to the Nov. 17 U.S. debut of the Japanese antidote to Microsoft’s XBox 360.

After some face-losing delays, the next-gen Playstation got a boffo send-off from some adolescent gamers in Hawaii this weekend. Gizmodo’s on it (from Hungary), as is engadget.

In fact, the buoyant tone-setting AP story, “Sony PlayStation 3 Gets Rave Reviews,” also speculates that SONY will fall short on fulfilling consumer demand — a happenstance driver of the XBox’s unprecedented buzz when it was first introduced. (Some believed the production shortfall was intentional.) The AP reports:

“… getting one will be as challenging as finding parking at the mall after Thanksgiving. ‘Unfortunately, there are going to be some shortages,” [SCEA chief executive] Hirai said in an interview. “I ask for everybody’s patience. We are pedal to the metal in terms of trying to get as many units as possible into both the Japanese and American market.'”

Even with a projected console shortfall, SONY’s PS3’s U.S. advertising already has kicked in. (Screen grab above.) SONY Consumer Electronics also issued a warning to consumers to avoid pre-ordering the PS3 from unauthorized retailers. Most of the other news from SCEA revolves around PS3 software (40 titles to be exact).

With XBox 360 now in stores, Nintendo Wii slated for a U.S. debut December 8, and PS3 bowing here ten days from Election Day, that furry red T.M.X. Elmo will have his PR work cut out for him this holiday shopping season.