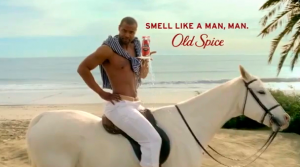 Who among us still doesn’t get that digital video rules when it comes to gaining pubic traction for a client’s product, service or POV? Be it HTML-5 or Flash, aren’t all the plugged-in PR/marketing trendsters touting the persuasive powers of moving images to get the job done?

And who can keep track of the volume of original content filling the video-streaming and hosting channels from YouTube to UStream to Blip.TV to Vimeo? (If you do want to keep abreast of the burgeoning digital video space, follow my buddy Andy Plesser’s video blog at Beet.TV.)

Yesterday, eMarketer analyst Paul Verna posted a piece on the growth of video as a marketing tool, especially among retailers:

“Recent studies have shown that growing numbers of retailers are adding video capabilities to their sites. Surveys of Fortune 500 companies also indicate a broad-scale increase in the use of video for marketing purposes. In this sense, video has gone from a luxury to a near necessity for companies seeking an edge in marketing their products.”

Yet, I wonder how much video is produced that doesn’t find any appreciable audience? How do those digital marketers make a video go viral? I mean don’t you just love hearing industry colleagues touting their plans to create “viral videos” for their clients or prospects?  If only!

Even the Old Spice social media team didn’t have the hubris to foresee or predict that their video-driven campaign would ultimately eclipse Obama and Susan Boyle in virality:

“The initiative resulted in more than the 180 videos, which generated nÌ¶eÌ¶aÌ¶rÌ¶lÌ¶yÌ¶ Ì¶5Ì¶.Ì¶9Ì¶ Ì¶mÌ¶iÌ¶lÌ¶lÌ¶iÌ¶oÌ¶nÌ¶ Ì¶vÌ¶iÌ¶eÌ¶wÌ¶sÌ¶ “35 million video views in seven days” and 22,000 comments. As ClickZ notes, the final video in the series generated more than 2.5 million views and nearly 6,000 comments. Old Spice’s YouTube channel was the most viewed last week and is now the third most subscribed channel ever, according to the source.”

Now we hear of a site that claims it can predict a video’s prospects for achieving viral immortality. It’s called PopScreen and its getting props from all the right influencers. From SocialTimes:

“The site tracks over 10,000 online sources, including YouTube, Vimeo, 5min, FunnyOrDie, Dailymotion and more, and predicts which videos are going to become popular.”

While the jury may be out for some on whether an algorithm can determine the online fate of video, the need for such a tool cannot be questioned. If only I had more faith in those claiming to have the secret sauce to video virality.