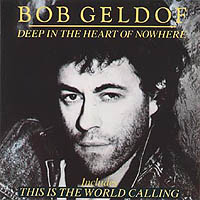 Eric Pfanner, the advertising columnist for the International Herald Tribune (whose by-lines are increasingly seen in IHT’s sibling paper The New York Times) writes about the effort by Bob Geldof and company to “make poverty history.” In an earlier posting, I observed how Mr. Geldof’s latest fund-raising concert extravaganza, “Live 8,” would have a hard time overcoming its celebrity underpinnings to allow his relief message to resonate. (See May 31 post.)

I was thus pleased to see Mr. Pfanner’s IHT piece in today’s Times in which he reports on the new public service campaign that has been launched to re-direct focus on the global concert’s philanthropic message. Let’s hope the campaign has sufficient media weight to overshadow the free media’s likely obsession with Live 8’s celebrity quotient.