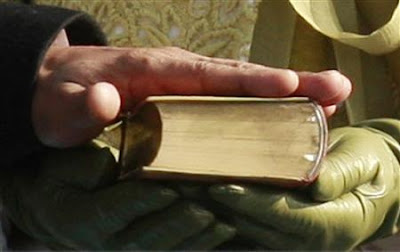 On this gloriously historic day, it seems only appropriate to round-up some of the pundits’ prognostications on how President Obama’s press office may diverge from that of his predecessor, let alone all previous inhabitants of the Oval Office.

The big question thus far percolating in the media pundit-sphere has revolved around the prospective use of direct-to-and-between-constituency communications channels and tools to advance the administration’s impossible agenda.

We remember the profile of Robert Gibbs in the New York Times magazine in which the new White House spokesman boasted of by-passing the heretofore must-visit Washington Post edit board during the campaign. Since that story was published, Mr. Obama and his PR consiglieres have stepped up efforts to build bridges with the old guard — liberal and conservative alike – reports Slate’s Jack Shafer.

One enterprising PR firm glommed on to the interest in Mr. Obama’s break with tradition to produce a white paper titled “Inside Obama’s Social Media Toolkit.” Barry Libert, another astute observer of the changed marketing landscape (and an old friend), just published a book titled Barack, Inc: Winning Business Lessons of the Obama Campaign, whose title speaks for itself.

Press Think’s Jay Rosen has some thoughtful words of wisdom for Mr. Obama as he takes the reigns over his public persona and the way in which he engages the citizenry. Ad Age‘s Ira Teinowitz reports on Mr. Obama’s PR machine as it shifted into high gear for today’s inauguration in his piece “Obamaâ€™s PR Machine Fuels â€˜Peopleâ€™s Inaugurationâ€™.” Over the weekend, Robert Gibbs shedded some added light on what lies ahead via Fox News, of all places.

John Murrell reminisces on Web 1.0’s WhiteHouse.gov for Silicon Valley News, while The Times‘s Saul Hansell, in the “Bits” blog, astutely reports on the latest renovation that has taken place with the WhiteHouse.gov website. It went live at 12:01pm ET with the following post:

“Change has come to WhiteHouse.gov.
Welcome to the new WhiteHouse.gov. I’m Macon Phillips, the Director of New Media for the White House and one of the people who will be contributing to the blog…”