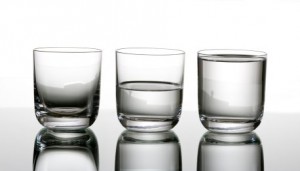 The Yale Club in New York City was buzzing today with a packed room of buzz agencies, or rather, members of the PR agency trade association The Council of PR Firms.

Scoping the table tent cards, most of the big marquee firms were on hand including Ketchum, Weber Shandwick, APCO, Fleishman Hillard, Porter Novelli, Burson-Marsteller, Wagoner Edstrom, Hill and Knowlton, as well as other industry comers including Peppercom, Coyne PR, The Horn Group, Text 100, Cooper Katz and too many more to recount here.

Council executive director Kathy Cripps and chairman Ray Kotcher of Ketchum have made the “Critical Issues Forum” an annual and always thought-provoking event. Today opened with a video that asked the simple question: â€œWhat is the Most Dangerous Idea in Public Relations Today?â€

It went on from there. Ketchum prexy Rob Flaherty kicked things off by introducing John Hancock CEO Dave Dâ€™Alessandro who proudly shared his roots in PR (agency and corporate). He then offered a very astute assessment of the paradigm shift in media consumption habits and the affect itâ€™s having on the PR biz:

â€œTraditional media are feeders, stringers. [They] no longer lead the pack. [They] are no longer the end gameâ€¦ thereâ€™s a good case to be made that social media sites and YouTube are today the dominant mediaâ€¦â€

Dâ€™Alessandro believed that the opportunities for the industry are vast, e.g., â€œthis territory is completely up for grabs.â€ The floor as soon opened to questions. Ketchum CEO Kotcher and B-M prexy Pat Ford took first dibs on questions with Ford asking how Dâ€™Alessandro would go about rebuilding reputations in the financial services sector.

After calling the executives of these firms “arrogant” and “unethical” for putting their respective enterprises at such risk (worthy of “jail time“), Dâ€™Alessandro advised Wall Street’s surviving firms to work hard to “assure the public that their money is no longer at risk.”

Schlesinger threw a series of questions to the panel, the net take-way of which had Harris Diamond seeing the industry as a glass half-full with buoyant prospects ahead:

Onodo, on the other hand, saw it as half empty with limited prospects (absent significant changed behaviors):

“â€¦if I don’t see a radical readjustment, you might still be large, but largely irrelevant… The PR industry could be gone in a minute. GM sat in this position ten years ago, and now look at them.”

“The world has presented the PR industry a grand piano with a full scale of keys, and a fantastic opportunity to play.”