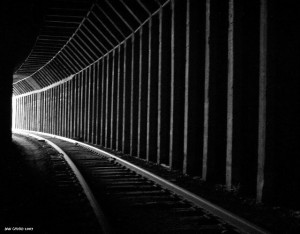 I can’t tell whether this is the best of times or the worst of times for the PR industry. As the country supposedly inches its way out of recession, the unemployment figures across the board remain bleak.

Should we celebrate a slowing in the number of monthly jobless claims when so many of our colleagues are on the street or edgy?

Article after article proclaim that PR will prevail in the fight to gain hegemony over the social media marketing revolution. Yet, I had lunch with a couple of old colleagues this week who said their publicity-only shop is alive and well without any social media offering.

“We never come across clients who are interested in anything other than mainstream media coverage,” one dismissively told me after hearing my tutorial on the PR value of Twitter.

It’s clear that many industries still value (and pay handsomely) for ink and airtime — perhaps above all else. They continue to use it as a performance measure even as its influence wanes in the face of audience degradation, media segmentation and consumers’ migration to digital channels, mobile especially.

Many continue to pay lip service to other modes for building a positive branded presence in places where these new media consumers increasingly acquire and share information.

Now what if rank and file PR peeps get mired in a time warp and, as a result, find themselves in need of a career change. Perhaps they should consider one of the media growth industries like cable news commentary? Based on the inglorious reception one PR pro received when he subbed for MSNBC’s Keith Olbermann, I think not. The Times’s Frank Rich wrote:

“MSNBC assured its viewers that there were no conflicts of interest, but we must take that on faith, since we still donâ€™t know which clients Wolffe represents as a senior strategist for his firm, Public Strategies, whose chief executive is the former Bush White House spin artist, Dan Bartlett.”

How about a career in politics? After all, the government doesn’t seem at risk of going out of business anytime soon. Consider the headlines generated from some PR types’ British Parliamentary aspirations, think again. From PR Watch:

“British Spinners Queuing Up for Parliament.”

Want to own a newspaper? When Philly PR man Brian Tierney bought the city’s vaunted daily, he took a fair share of abuse. (Curiously, I didn’t see ad man Jack Connors face the same derision when his name surfaced last week as one of the Boston Globe‘s suitors.)

Is the PR industry in such a sad reputational state that practitioners must carry its taint when pursuing new career options? The answer is probably not. I mean the CEO of the AARP started in PR, as did the co-president of HBO.

This PR pro believes that our industry’s glass is half full, not half empty, and opportunities abound. To drink from it, however, practitioners must broaden their digital acumen by sharpening the new tools of the trade. This is where the jobs will be found. But it won’t be easy. There’s good money still to be had doing it the old-fashioned way.