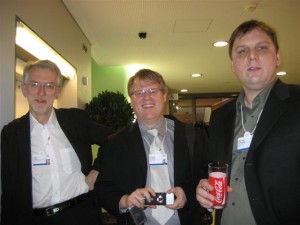 On Sunday, PR Newser’s Joe Ciarallo asked me whether I had seen Claire Cain Miller’s prominent piece on PR 2.0, or as some valley wags may soon call it, “the crowning of Brooke Hammerling.”

Of course I had. Who hadn’t? It’s so rare that The New York Times visits our enigmatic profession, and with 3000+ words, even rarer indeed.

But I’d say that this fresh treatment of the profession, as embodied and astutely articulated by Ms. Hammerling and others, was long overdue. It was especially telling to those of us toiling for tech start-ups and in industry segments rife with social media-driven influencers that often matter more than holy grail “placements” in Newsweek and People or on “GMA” or “Entertainment Tonight.”

“This is the new world of promoting start-ups in Silicon Valley, where the lines between journalists and everyone else are blurring and the number of followers a pundit has on Twitter is sometimes viewed as more important than old metrics like the circulation of a newspaper.

Gone are the days when snaring attention for start-ups in the Valley meant mentions in print and on television, or even spotlights on technology Web sites and blogs. Now P.R. gurus court influential voices on the social Web to endorse new companies, Web sites or gadgets â€” a transformation that analysts and practitioners say is likely to permanently change the role of P.R. in the business world, and particularly in Silicon Valley.”

I’m not so certain the “days are gone” when mentions in print and on television or on web sites and blogs are no longer valid. After all, isn’t it a newspaper/website that will deliver to Ms. Hammerling’s relatively fledgling PR firm its biggest payoff yet?

Also, any study of what clients crave most will invariably (and short-sightedly?) come back with “mainstream media hits.” Publicity generation remains a thriving and still lucrative calling – especially at big, mainstream agencies.

So don’t jettison your journalist/influencer engagement skills just yet. Even with new tools and channels, the measure of success for the PR professional remains remarkably constant: to help clients find their voice and parlay that voice into a sustained and positive branded presence in the “media” that produces esteem and/or action. It’s the definition of media and those who create that have changed.

A week or so ago, I was poised to craft a reaction to Brian Solis’ post in which he reprinted Burrelle/Luce’s list of the “top media outlets,” i.e., newspapers, blogs, and magazines (though no broadcast). I got sidetracked, but was glad to see him follow-up with a lengthy post on the new influencers.

You see, it’s not a matter of traditional vs. digital vs. social vs. citizen media. They no longer are mutually exclusive. It’s finding the right mix of these channels (and the right message). We will continue to help clients craft their salient stories/messages so they may more effectively and authentically engage directly with any individual who has a qualified sphere of influence, e.g., readership, viewership, listenership, Twittership.

As Mr. Solis thoughtfully opines on the Miller piece today:

“As the New York Times article leads you to believe, everything in PR focuses on the launch, however, the launch vehicles and the mouthpieces have changed thanks to the socialization of media. But what hasnâ€™t changed is the process of connecting information to people seeking it, when, where, and how they ask questions, learn, and communicate. The only difference is that the tools and the people involved in the decision making process have augmented.”

He further expounds on the requisite PR skills and mindset to succeed today:

“The eligibility to earn these relationships however, start with a completely new and enlightened state of market awareness, customer empathy, and social adeptness, bound by passion and a clear proficiency in the art and science of influence and community building.”

I did find one key ingredient missing from Ms. Miller’s profile. Her focus was on Ms. Hammerling’s network of “friends” each of whom wields influence through their blogs, microblogs and old-fashioned personal networks. I didn’t see much on content creation and optimization, and how this essential competency helps clients to build their own followers and, in doing so, advance their business objectives.

Again, [seeding, pitching, courting, engaging] those who have qualified followers is a fairly traditional path. Building a client’s authority (and influence) through the creation of compelling text, images and video is where the PR biz seems to be heading.