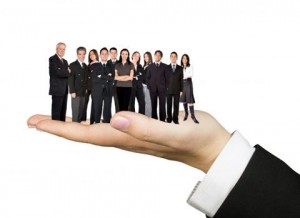 Robert Scoble has a worthwhile discussion on his blog. It sums up how he likes to be pitched story ideas. Hint. It’s more geek-to-geek than PR to journo, with a little crowd-sourcing thrown in for validation. It’s also “PR-less”:

This is the way I love to learn about a company.
No, not from a PR firm.
No, not from a CEO (or anyone else from the company) calling me up or writing me email.
No, not on some junket.
No, not on stage at Techcrunch 50 or Demo or Under the Radar or some other conference.
No, not by reading Mashable.
No, not on Twitter. Or FriendFeed. Or Facebook. Or MySpace. (I really hate direct messages, by the way).
No, not in an advertisement.

The Scobleizer prefers some beta-tester (developer) to give him a sneak peek, then he asks the Twitter and Friendfeed crowds what they think:

“Go slowly. Built PR by building a great service and turn your users into your PR agents. Oh, yeah, and blog and podcast about it to get to this point (but look at how they built a community, they didnâ€™t get all â€œpushyâ€ about what they were doing â€” they just were informative and inclusive).”

On Monday, The New York Times’s David Carr referenced colleague Brian Stelter’s Tweet that resulted in a front page story in the paper. In Carr’s words:

“On Saturday, Mr. Stelterâ€™s wonderful article in The New York Times on how people were working around the blackout on the Olympic ceremony began as a post on Twitter seeking consumer experiences, then jumped onto his blog, TV Decoder, caught the attention of editors who wanted it expanded for the newspaper and ended up on Page One, jammed with insight and with plenty of examples from real human experience.”

Are journalists discovering that PR people are expendable? Will the crowd ultimately displace the PR pro as the trusted primary (or even secondary) source for story ideas? What, if any, industries will be immune from this trend?