How fortuitous to grab breakfast this morning at Balthazar with Qz‘s Director of Public Relations Emily Passer, a veteran of F-H and The FT. Emily drew my attention to two recent stories – the first, by Qz reporter Gideon Lichfield who caustically opened with:

“Dear PR person who just sent me a robo-pitch:”

The second was a link to an excerpt based on a new study flagged this week by Nieman Labs’ erudite director Joshua Benton:

Each grapples with the once (and still?) symbiotic relationship between PR professionals and journalists. Of course, this particular PR pro and journalism journeyman has covered many of the issues and trends affecting the interplay between the two professions. Mr. Fitzgerald, like most of his colleagues, decries the endless flow of misguided PR spam that fills his inbox on any given day. He writes:

“First, no news outlet gets stories from mass-emailed pitches. No news outlet you or client would actually care about, anyway. …if I know [that] hundreds of other journalists are getting the same story, why would I bother?” 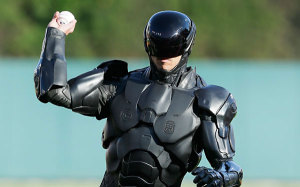 One can’t help but sympathize with Fitzgerald’s all-too-common lament about PR pros who are either too lazy or too overworked to take the time to understand what the person on the other end of a PR pitch covers. I wrote about this taint on our profession some five years ago, and multiple times since.

The Benton-touted a new study from The Reuters Institute for the Study of Journalism at the University of Oxford is more of a cautionary tale to journalists. He wrote:

“The most notable observation to emerge from the research done here is the diminution of public relations’ dependence on journalism, and the growth of journalism’s dependence on PR. PR still needs journalism, which has always acted as a ‘third-party endorsement’ of its claims. But now it has other, often more powerful allies.”

The research study opened with:

“Public relations and journalism have had a difficult relationship for over a century, characterised by mutual dependence and – often – mutual distrust. In recent years, developments in corporate PR and in political communications mean that the news media outlets are less and less important to the persuaders. The communications business is often able to bypass the gatekeepers.”

Yes. It’s true. Every company today is a media company with the ability to create and syndicate content directly to their stakeholders. This relatively new phenomenon is a double-edged sword when one considers – or rather neglects to consider — the objectivity of the source of the “news.” I waxed on this a bit in the aftermath of WalMart’s (successful) attempt to re-write a New York Times op-ed piece critical of the company’s employment practices. 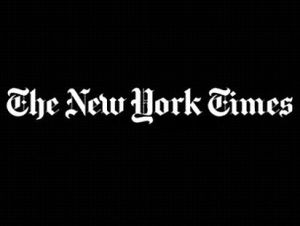 Frankly as someone who wears both hats, and has handled PR chores for many esteemed news orgs, I’m torn. It’s so great to know that the PR profession no longer has to rely on the benevolence of journalists to tell their clients’ stories.

Conversely, I bemoan the diminution, to borrow Benton’s term, of influence by those once-vaunted news organizations as a result of media fragmentation and the myriad new media consumption habits.  I wrote about this a couple of months back: “A Fourth Estate No More.”

Whether journalists are entering the best of times or worst of times is a conversation that continues to unfold. The PR industry, on the other hand, seems to have the edge…for now.