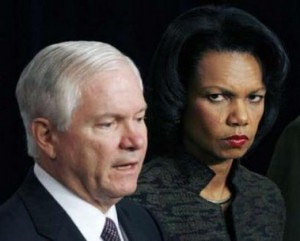 “The official said that a working journalist was chosen by Defense Secretary Robert M. Gates in an effort to improve press relations at a time when the administration is under pressure to show progress in Iraq.”

Now the migration from news reporter to newsmaker is nothing new. In fact, there’s considerable precedent in both directions. Think Snow and Stephanopolous.

I just wonder whether the Pentagon really believe it can solve its problems, i.e., “Show progress in Iraq,” through better PR. Isn’t better policy really mandated here? Also, do all journalists come equipped with the PR acumen required to make a difference?

There’s this assumption that if one has worked as a journalist, PR’s a no-brainer. Think again.

Others jumping on the story: