Periodically this blog looks at the media machinations of dictators, despots and the desperate to expose the dark side of PR, or at least how it’s practiced by morally corrupt governments.

Nowhere is this violation of accepted PR practice more prominent than in the Middle East (though Russia could give most countries in that region a run for their money).

Arafat and Qadaffi were masters of double speak and media manipulation. Virtually everything that emanated publicly from their mouths directly contradicted their actions or their private exhortations. But then again, look where they are today. 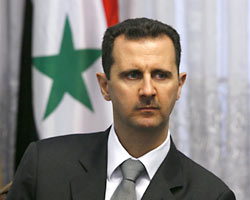 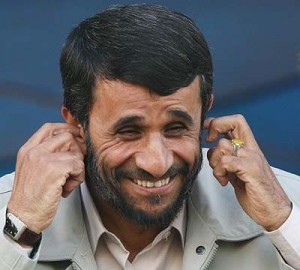 Of the practicing media manipulators in the Arab world, few compare to Ahmadinejad and Assad in their success perpetrating a hoax on the court of public opinion. Hopefully one day each will land in that other court in The Hague.

Iran’s Prime Minister of Deception wrote the PR playbook. His Syrian partner in war crimes is now following it.

Don’t believe when the master Persian propagandist calls on his Syrian brother in arms to lay down his arms. Privately, he serves as Assad’s consigliere in extolling the virtues of murder and a citizen media blackout to silence critics. Where was the Green Revolution anyway as the Arab Spring was blossoming in the region? Yesterday, Assad announced another PR ploy: the acceptance of an Arab League-brokered cease fire in his country. The headline in The Telegraph blared:

A day later, we learn that 12 more protesters were killed by Syrian government forces. The New York Times headline read:

The Committee to Protect Journalists also reports on the growing number of journalists gone missing in that country, and exhorts the world to hold Assad accountable for press freedom:

“Syrian agreement must be monitored for press freedom”

What bothers me most is that there are still many western media who continue to put their faith in the Syrian (and Iranian) government’s empty words.  When will these editorial gatekeepers learn that actions not words of deception is the only news that merit inclusion in their news holes?

Surely the Arab League must be embarrassed by having been duped by a desperate leader who’ll do anything to hang on to his job, even if it means bringing his country to its knees. (Sure sounds like the Congressional GOP.)

We’ll always have government-controlled media arms. But when governments deceive, arrest or eliminate legitimate journalists, their news organizations should  simply block these PR propagandists’ public pronouncements from their pages and airwaves, and recognize these despots for what they truly are: leaders who lie.