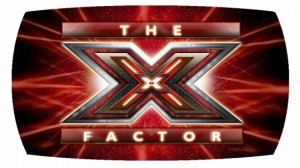 The PR industry has come a long way from the days of measuring a campaign’s success by the number of media impressions it generates or how they might equate into an ad spend (i.e., “ad equivalency”). Truth be told: too many practitioners and client organizations still rely on these increasingly outmoded metrics.

Today, the industry is more focused on tangible actions that result from either elevated brand awareness in the editorial and owned news channels or friend-shared/endorsed recommendations in the social spheres. 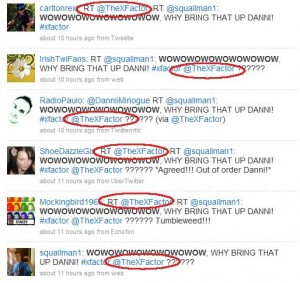 Anyone keeping tabs on the burgeoning social TV/second screen phenomenon wherein TV viewers receive program-related content and conversation on their mobile devices via apps like GetGlue, IntoNow, Miso and my fave, Umami TV (a Flatiron client), will be familiar with the near-daily reports touting the weekâ€™s â€œmost social TV programs.â€

Companies like Trendrr, Bluefin Labs and Social Guide are crunching Twitter’s and Facebookâ€™s data streams to determine which TV shows generate the most buzz.

One recent week’s winners were “WWE Rawâ€ on cable and â€œThe X Factorâ€ on broadcast. As for the most “social” TV networks of 2011, Fox led the way with “The X Factor,” The Super Bowl and World Series, followed by ABC (“American Music Awards,” “NBA Finals,” “Dancing with the Stars”), and MTV (“Video Music Awards,” “Jersey Shore,” and “Teen Wolf.”)

In predicting where the PR industry may be headed, Iâ€™m beginning to believe that a campaignâ€™s ability to produce buzz in social or shared media may become the holy grail barometer of oneâ€™s success plying the â€œearned, owned and paidâ€ media channels. Six months ago I said as much in a blog post that re-configured the oft-quoted Forrester Research infographic showing the new â€œinteractive marketing paradigm.â€

There are now a myriad apps, channels, platforms and devices on which our clientsâ€™ messages might reside and spread. This new measure for success will gauge our ability to create original and sufficiently compelling or edgy content to catalyze shared, aggregated or curated conversations.

The new currency of success will take the form of tweets, retweets, likes, and favorites on Facebook, Twitter, LinkedIn and Google+, and may eventually play out in an entirely new ecosystem of personalized social media news aggregators like Storify, Paper.li, News.me, Flipboard, Storyful, Google Currents, Pulse, Zite, Livestand, and Instagram, among others. As The New York Times’s NY tech reporter Jenna Wortham recently wrote:

“Most important thing of the year: the retweet. 2011 was the year that retweeting became less about achieving value and followers and more of a new form of cultural and information currency â€” not unlike a viral version of the bit, self-propagating units of information.”

In spite of all the changes and challenges weâ€™re witnessing in our industry, a core (and bankable) competency still entails building a positive client-branded presence in the media â€“ one that directly and measurably enhances business and reputation.

Buzz in the social spheres, I believe, will be the desired bi-product of this earned, owned and paid media presence wherein digital denizens gladly share client messages with their friends, family, fans and followers across a growing multitude of digital and mobile apps and channels.